FOOD! Fruit in abundance, fine bone china plates as a backdrop, patterns of ugly root vegetables, thick tablecloths and one sweet cherry dangling at the nipple. The Schiaparelli show was pretty, witty, the essence of haute couture in its light-handed skills - and it makes a star of discreet creative designer Bertrand Guyon on his second outing for the house.

Seeing Kate Bosworth cheering front row - and thanking Bertrand backstage for a red-carpet dress - must have been manna from heaven in this foodie-inspired show for Diego Della Valle, who bought the dormant Schiaparelli brand in 2007.

The presence of Carla Bruni, former First Lady of France, as one of a long line-up of young, Euro, haute-society women, confirms that "Schiap" is back. But perhaps the most significant front-row guests were the Valentino duo, Maria Grazia Chiuri and Pierpaolo Piccioli, with whom Bertrand worked for seven years after an 11-year stint with Christian Lacroix. He has learned his craft.

Why was this show so good? Because the designer streamlined and modernised the often heavy-handed vision of Schiaparelli herself. For example, her attention-grabbing decoration, such as the lobster crawling suggestively between the legs that Elsa created for the Duchess of Windsor in the era of Salvador Dali.

This 21st-century is not about surrealism, but realism. And there was barely an outfit, give or take the cherry at the breast, that was not pretty and light-handed in spirit and execution.

The draped chiffon dresses in porcelain colours that closed the show were marvels of lightness and modern in style. 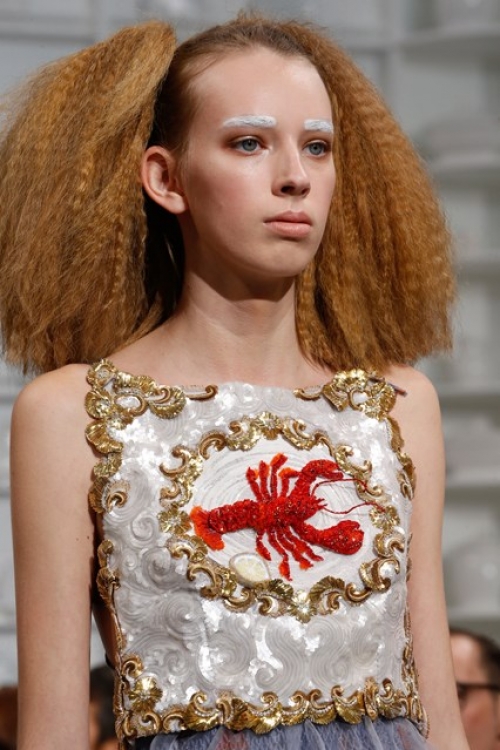 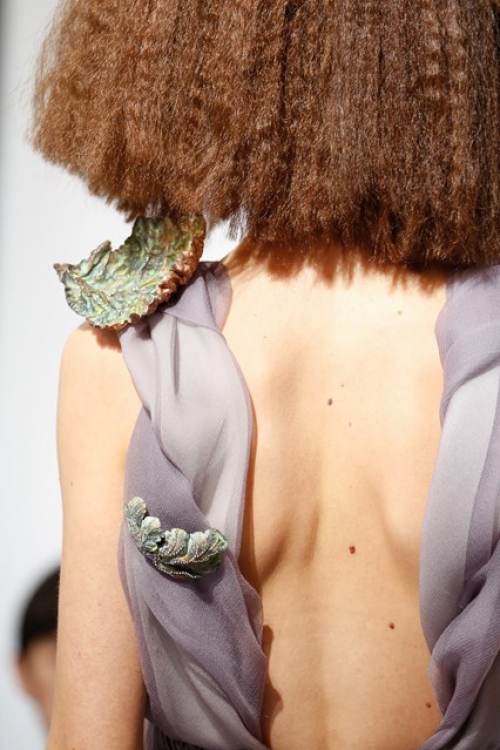 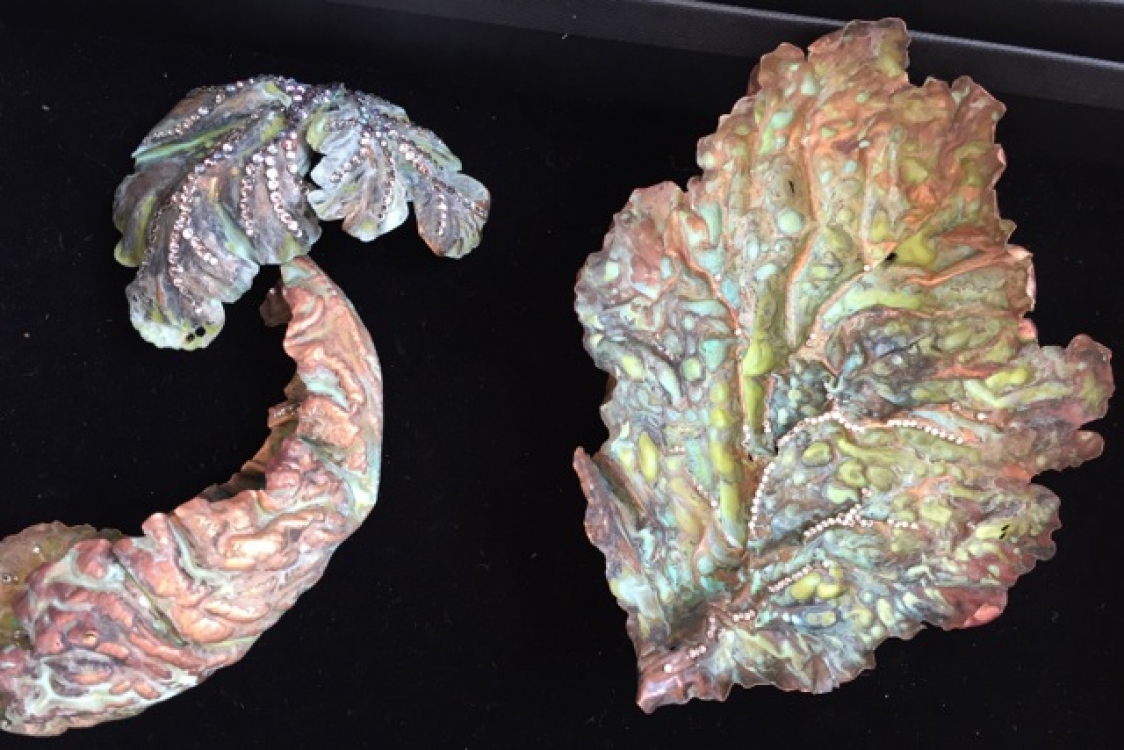 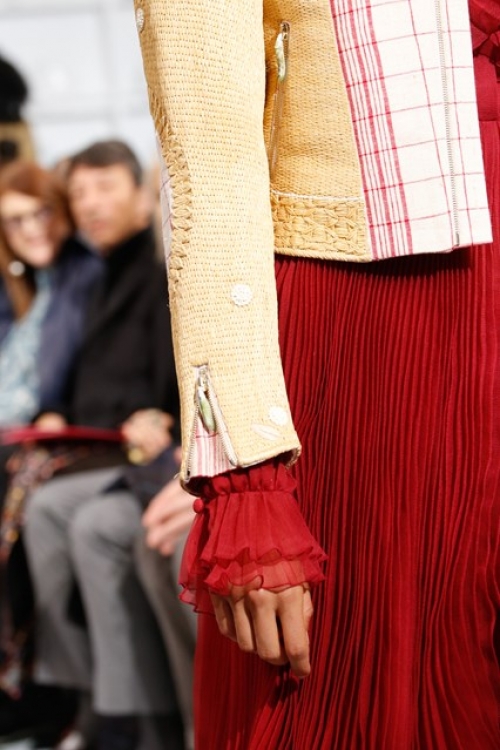 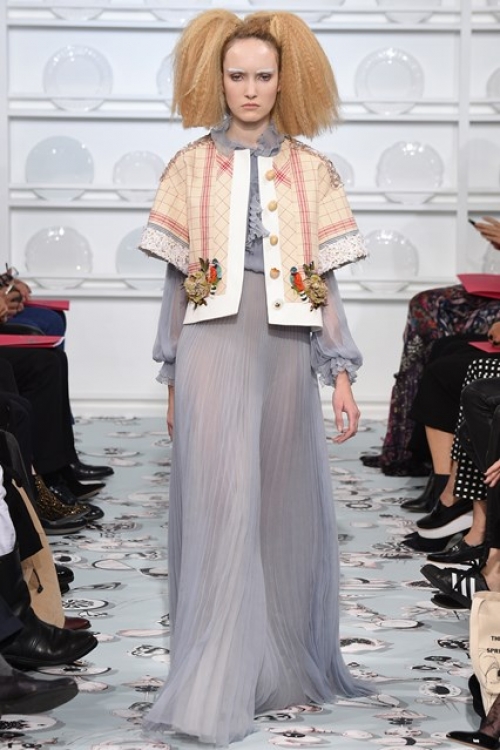 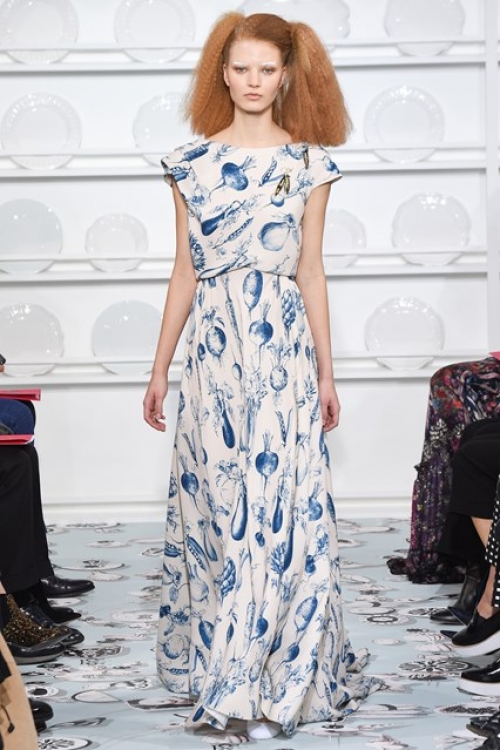 "The very essence of couture is about creating the extraordinary out of the ordinary" is Betrand's mantra, played out with vegetable prints on an apparently simple top worn with a pleated skirt; with white shoes, their heels like peas breaking out of a pod; and a brooch of butterfly wings held together with a padlock.

Each show note described meticulously and poetically the details of the clothes, such as "ocean silk gown and crêpe painted with seafood and embroidered with a lobster".

For Schiaparelli, Bertrand has managed to produce "couture lite" - but without destroying the essence of what he served up.