#SuzyCouture: A Passage to India for Elie Saab

Elie Saab left behind the cedars of his Lebanon and found a new land to conquer: India.

From the raw and dusty floor to the sun-faded lacy dresses with dewy sparkles, the designer made his collection younger, looser - and gentler. For daywear, which in Saab’s past might have meant hotel-lunch white pant suits and perky cocktail dresses, there were sporty clothes inspired from the days of the Raj. Jodhpurs, backpacks and flat boots replaced the dressy accessories that the front-row clients were wearing. A rare shoe heel came off as the model walked on this dusty path, emphasising how wise Saab was to use mainly boots. The intricate lace dresses for which the designer is known, were not so radically changed, although they often had long sleeves. Others had a sari-inspired drape over one shoulder and there was one outfit that suggested a salwar kameez.

In his show notes, Saab gave his inspiration as Lilah Winfield, an early 20th-century Anglo-Irish aristocrat whose diaries and photographs vividly described the days of the Raj. With an imaginary storyline of the great Dehli Durbar of 1911, attended by British royals George V and Queen Mary as Emperor and Empress of India, the designer was on new ground for his style. 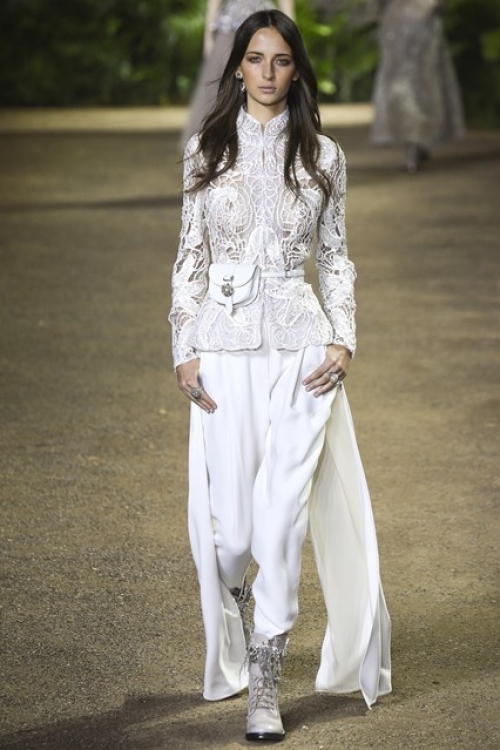 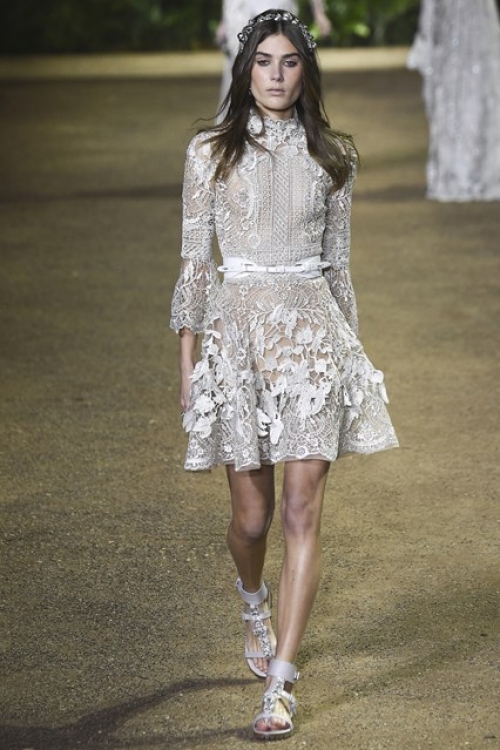 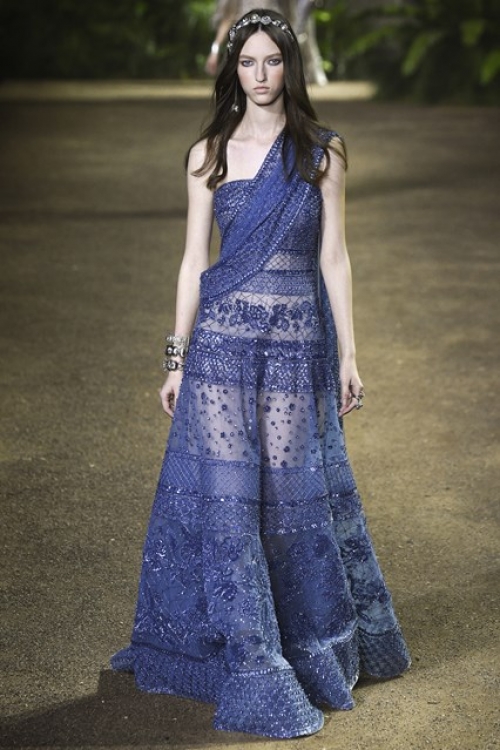 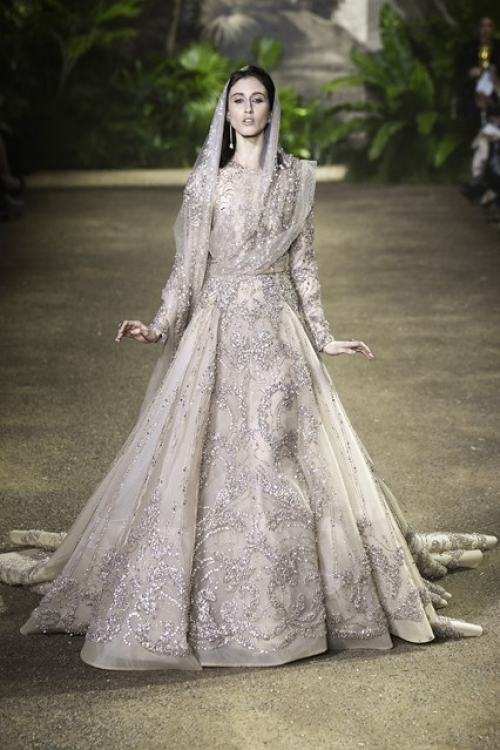 But the skill of the collection was that it did not look like regal costume from a bygone age. As if following a new Silk Road from the Lebanon to India, Saab took his collection on fresh territory with a beautiful result.