Plastic Fantastic, One Student At A Time

UP THE WORN, wooden staircase and into a room where two centuries of a dilapidated hotel could be seen in peeling ceiling, crumbling plaster and bared pipes. The atmospheric setting for the RCA degree show suited the creativity of the clothes Picture credit: @SuzyMenkesVogue

Through the doorway, wearing a black knitted dress densely worked into rolls and pads twisted from threads, a woman let her voice ring out: "It's rising through the flames. A shock. Cutting through the waves. There is no emotional state in which she is unaware."

On the arm of the woman, who was a "grime poet", was an arm band announcing "38", which I looked up in the Royal College of Art programme as "Jessica McGrady: Women's Knitwear". An abandoned hotel was the setting for the RCA final-year show, masterminded by the college's Head of Fashion, Zowie Broach Picture credit: @SuzyMenkesVogue

In her second year, the approach to this end-of-term show as imagined by Zowie Broach, Head of Fashion at the Royal College of Art, had turned revolutionary. There was one single outing for each of the 38 designers, which Zowie told me after the show was intended to give the students total focus.

"One look per student, revealing their excellence in an intimate setting where you see and feel every ounce of that look," the "team leader" said. "Not a collection to view, but one. One that holds the essence of each designer."

Hats off to a teacher who is pushing her students to the limit, encouraging them to create plastic fantastic, as in the mummified, iridescent blue wraps from Lauren Hae In Jin. The model faced-off a front-row figure wearing a latex bodysuit, from blonde hair, pink face and blue dress down to black high-heeled shoes. At that moment, the show became surreal. Using this abandoned hotel in West London as a show space for the graduates of 2016 was a bold step for a college that, until Zowie's arrival, had favoured a black-tie dinner as a backdrop for its degree show. In this new, poetically crumbling venue, the students will continue to show their work through the upcoming weekend of London menswear collections. A display of tailored jackets created for Brioni celebrated the 10 years that the Italian menswear brand, owned by the Kering Luxury group has supported the RCA. Yeojin Kin’s model on the catwalk A vibrant mix of textures from Mao Tsen Chang A knitwear ensemble by Jessica Deacon

The students showed particular strength in drapery – emphasised by the plastic, as in Supriya Lele's pink coat with a golden belt – and in knitwear, as in Hyundai Kyung Oh's ribbed sweater with soft pants or Per Götesson's wide jeans held together with silver rings acting as bold safety pins.

Zowie's fascination with dance, which she set as the theme for her first student show, came out in this collection as artistic play-acting, with A model using a folding stick to display Hannah Evans' women's knitwear. Other pieces were more predictable, as in Kanghyuk Choi's grey-toned sportswear edged with brown leather. Many of these descriptions are guesses of mine, for what this performance art lacked was a full programme. Why list the students meticulously without giving any description of their work, the fabrics they used, the essence of newness in their creations, and also a way to reach them? Perhaps there was a programme that I didn't find in the warren of crumbling rooms, but in this digital age, the audience has a right to expect information, as well as inspiration, at their fingertips. I would have used it to give full marks to Zowie Broach and her class of 2016 for this dynamic and inventive presentation. 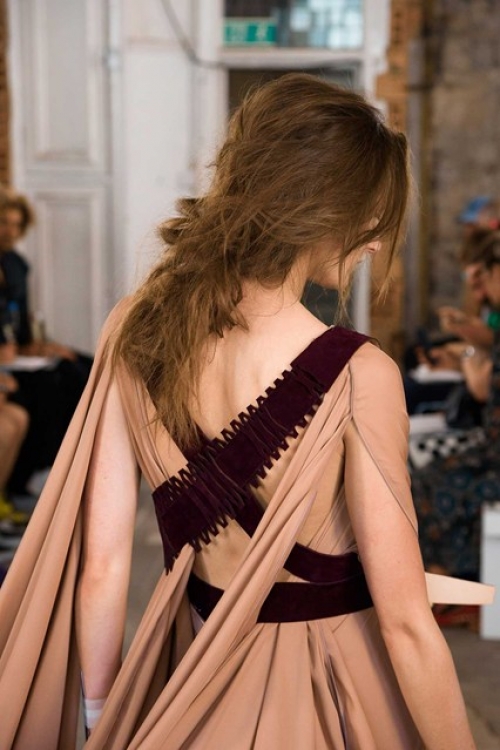 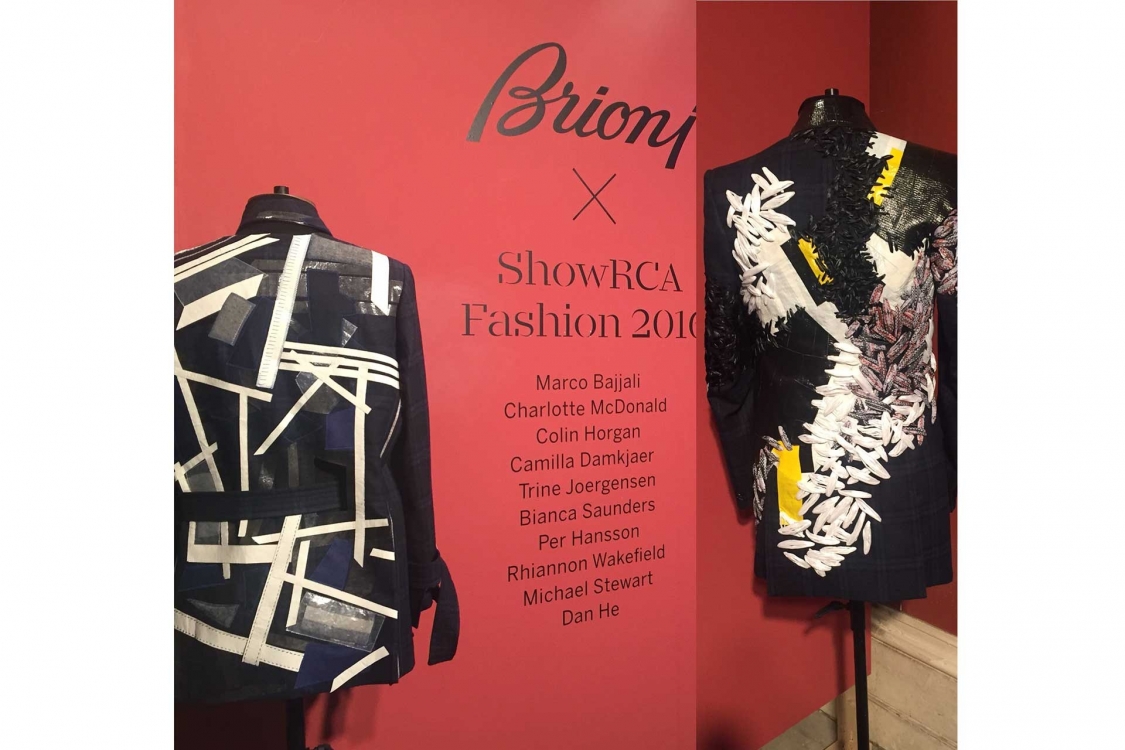 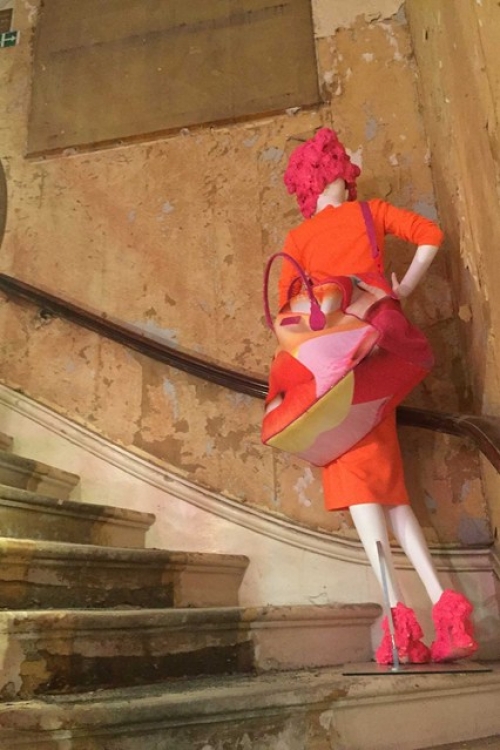 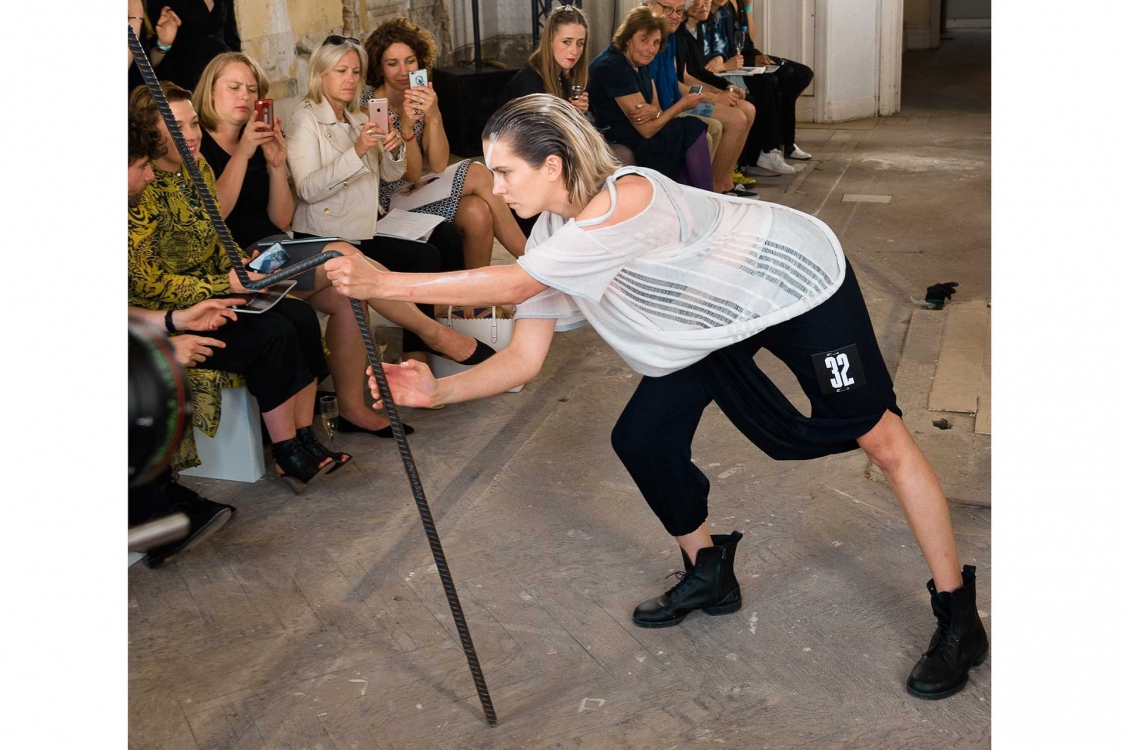 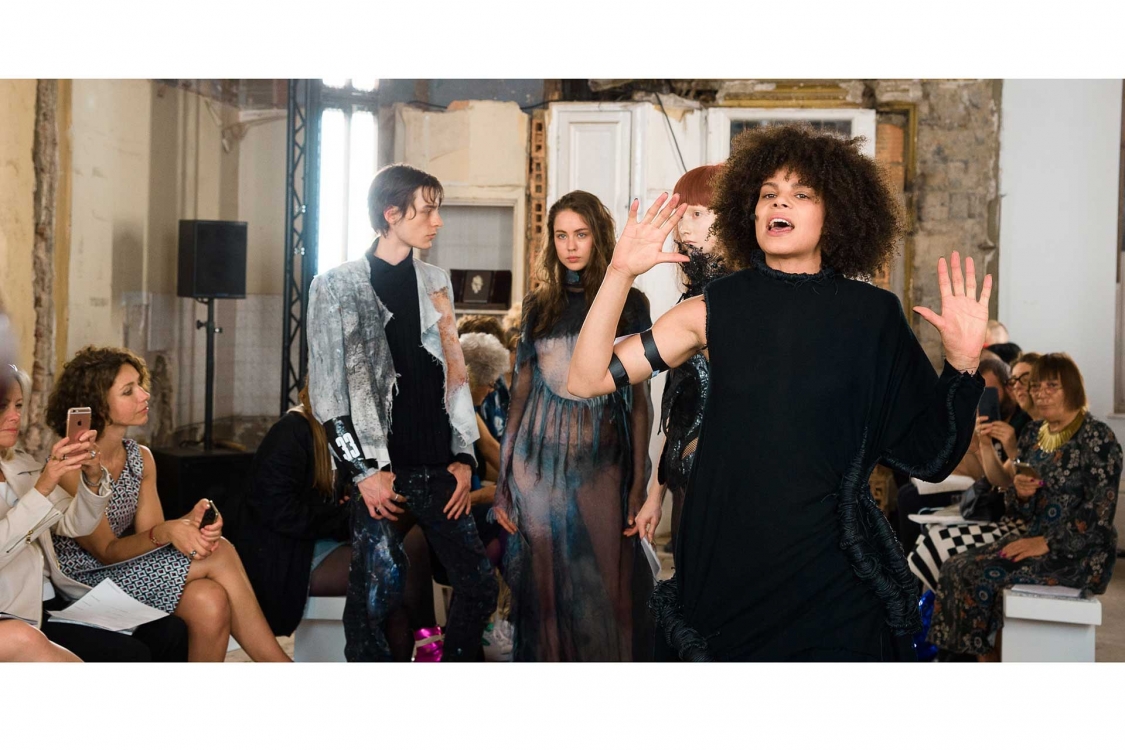 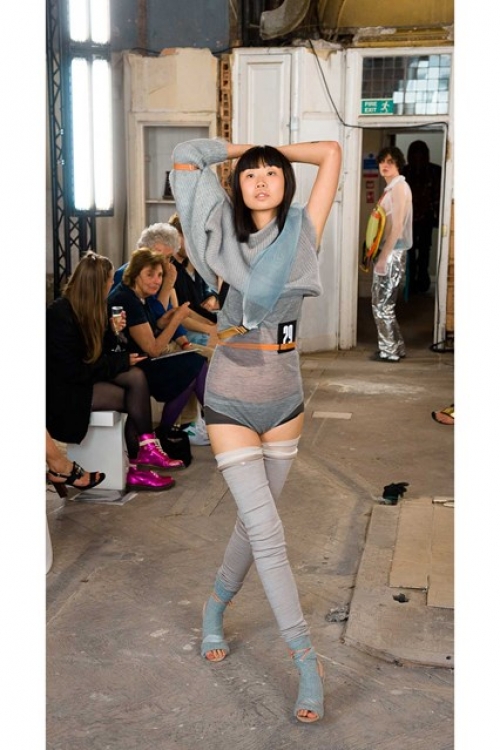 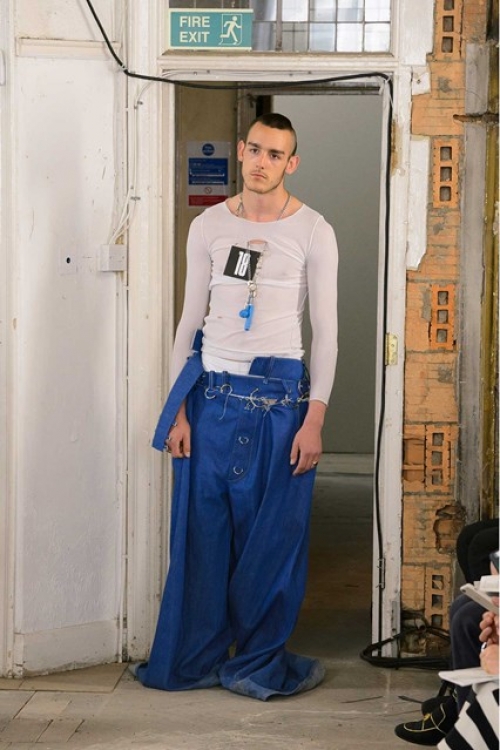 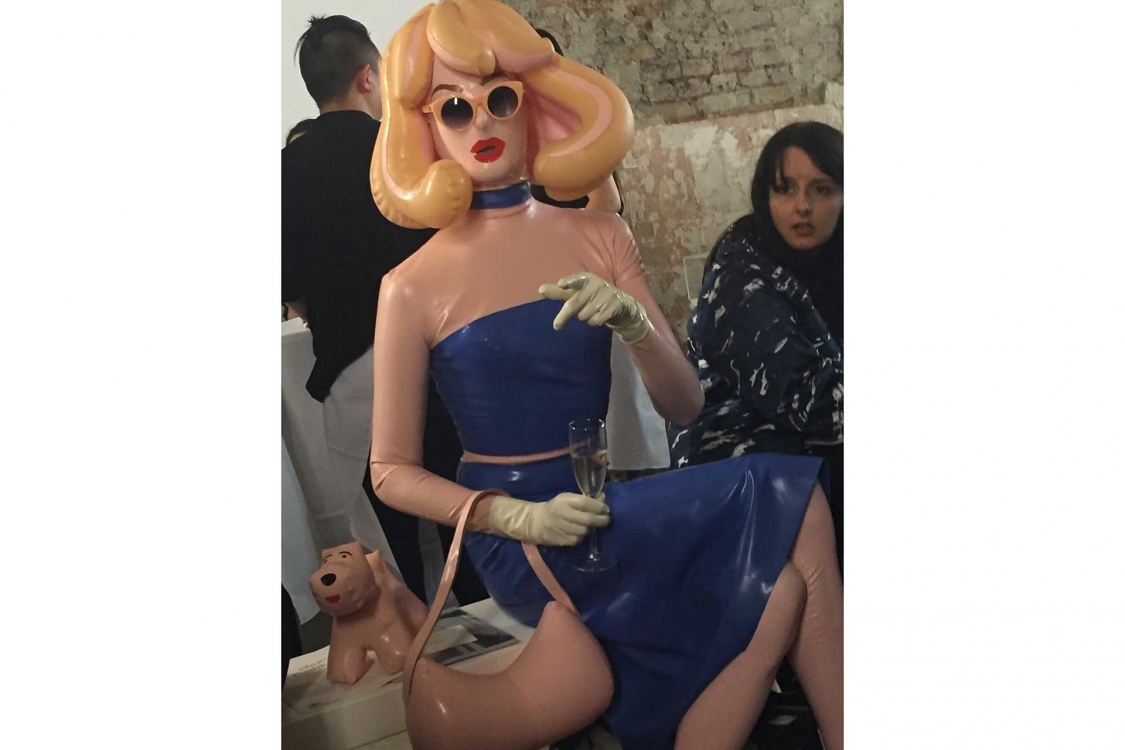 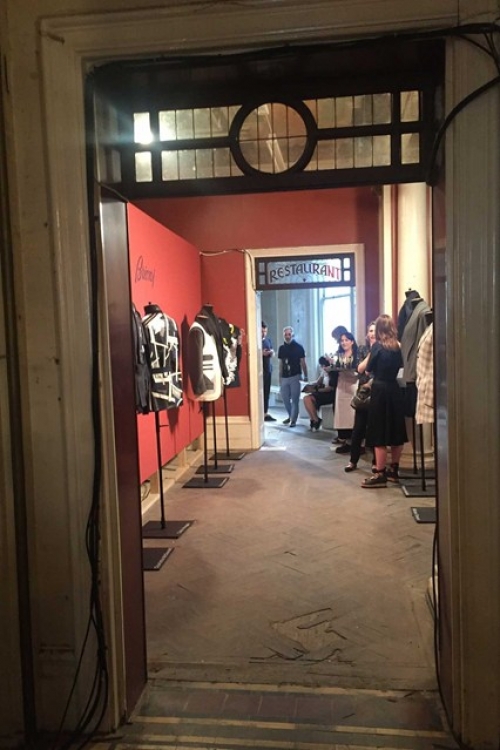 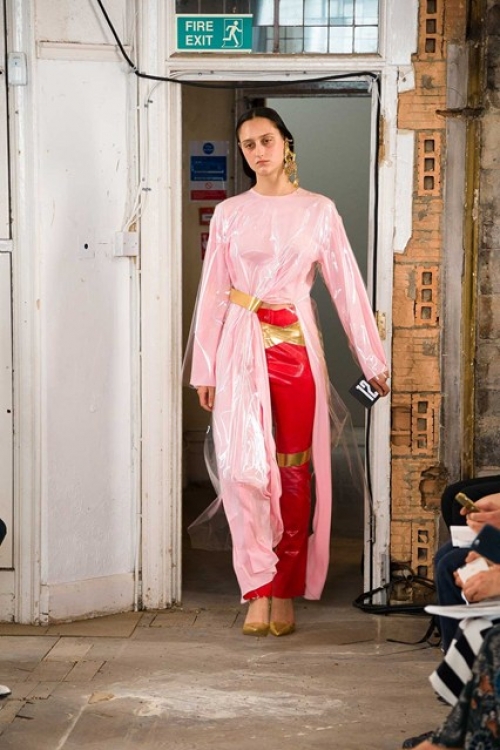