Even before Beth Ditto pushed herself through the crowd that gathered to cheer on fashion's “enfant terrible”, the backdrop told the audience everything about the forthcoming Jean Paul Gaultier show. “Palace” was the single word written above the door, with a bouncer dragging on a cigarette waited for the night’s arrivals. The set recreated the wild clubbing days of the 1980s when Le Palace in Paris’ Montmartre was the centrifugal force and Gaultier's shows caught the spirit of changing social mores, of “girls who are boys who like boys to be girls”.

Before Grace Jones started belting out “Slave to the Rhythm”, I looked at the show programme and read the titles of the 67 haute couture outfits: “Taxi Girl”, “Rapper's Delight”, “Love is the Drug”, “Nightclubbing” and so many more until the show finale of “Funky Town”. The JPG cassettes from 30 years ago had all been dusted down, along  with some former models who, like the designer, might be pushing 60 but were still up for it.

Along the runway they strode, glass in hand, chatting with friends, puffing on cigarettes. There were impeccable jackets, the shoulders a little less out there than in the Eighties, but shaped to the body above slinky silken trousers. The nonchalant glamour was topped off with big – really big – hair, often bright ginger crowned with a bellboy hat. Behind the madness, like spotting a friendly face in a crowd, I saw a fuchsia draped silk dress; a fur dress weaving lace with leather; and pyjamas so perfectly cut that they slithered over skin. So at least I caught something of Gaultier’s magical couture talent for tailoring and what the French call “le flou”, or fluidity. Did the designer do a crazy show because now that he no longer produced ready-to-wear he wanted to jazz up couture? I think it was deeper than that.

Paris is traumatised by the recent violent and evil events that gunned down the same kind of young people who would have had fun at Le Palace a generation before. The show was an affirmation of the freedom in life and fashion, and I salute Jean Paul for that. But I might pop back to the showroom to look at the couture work and its finesse. 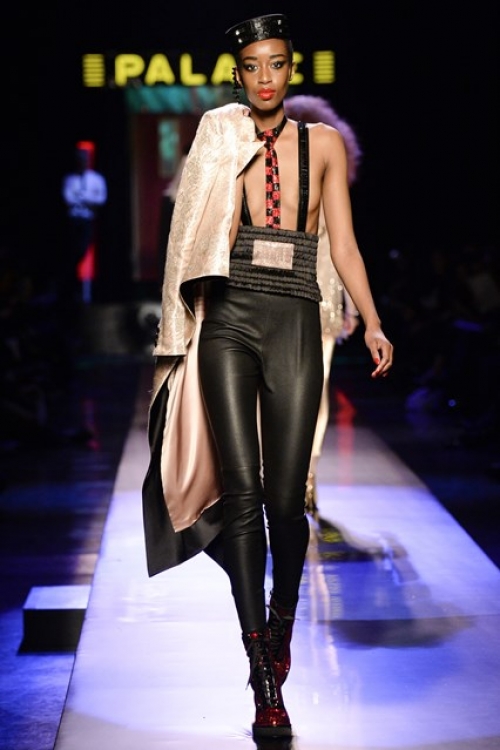 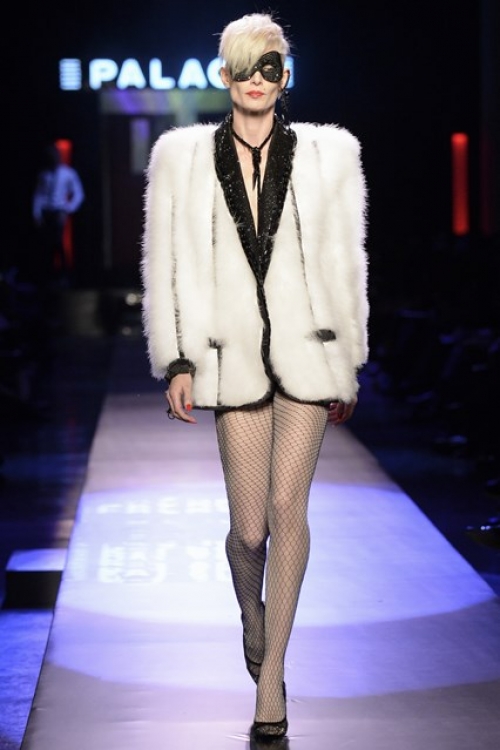 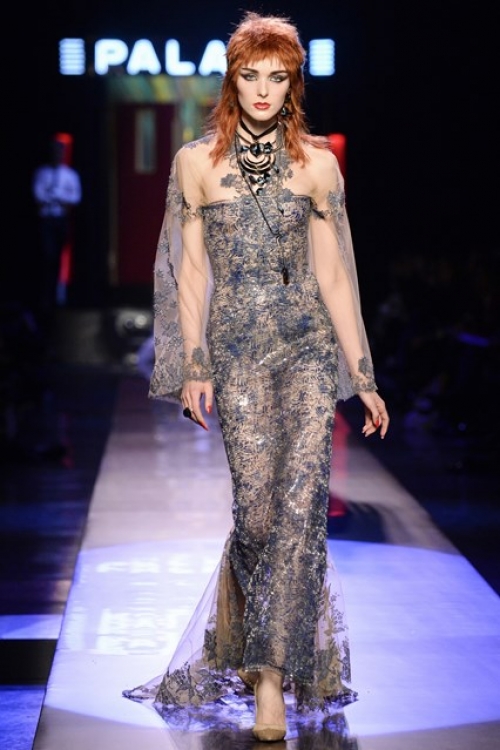 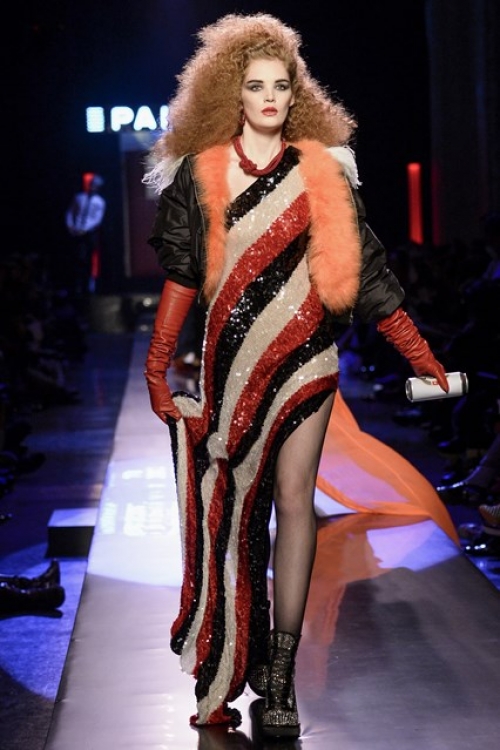 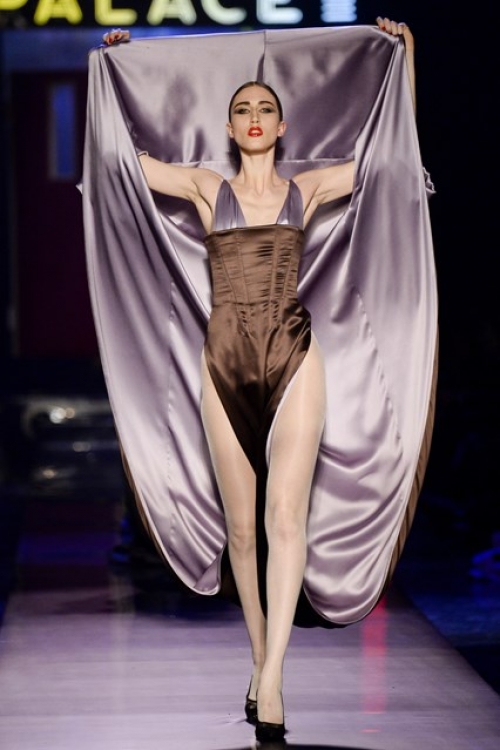