For more than a month now, Ukraine has been fighting for its freedom and independence. Today, each of us has our own frontline - some are defending the country at the forefront, some are volunteering, and some are keeping their civil jobs and continue to pay taxes. Ukrainian designers are actively engaged as well, each of them has chosen their own path of help. Many Ukrainian brands today produce not the usual dresses, suits, or knitwear but items that would be of help to the army. For example, the shoe brand Kachorovska Atelier makes now military boots instead of elegant shoes, the mass market giant One by One is engaged in sewing bulletproof vests and combat unloading systems, and the brand Arutiunova, known for its miniskirts and corsets, sews thermal underwear for our defenders. One of the leaders here is the brand Andre Tan which has a large production capacity. Back in mid-March, the brand produced more than 10,000 units that went to the needs of our military.

Many Ukrainian designers today are actively involved in volunteering, even while outside Ukraine. For example, the founder of the brand ATELIER HANDMADE Anastasiya Yershova joined the Center for Anti-Crisis Initiatives and took over the direction of providing medicines. She also works with the Humanitarian Center in London, where she organizes the delivery of humanitarian goods from Britain to Ukraine. "When we started, it became clear that a large amount of humanitarian aid simply did not reach Ukraine - there was no one to take it there," says the designer. "That's why my friends and I organize transportation. We also have a headquarters in Lviv, which distributes cargo further across the country, and we act even in the hottest spots - Chernihiv, Sumy, and Kharkiv. I want to sincerely thank all the drivers who dare to go there. Most often, these are locals who know the byroads and detours."

The jewelry designer Valeriya Guzema, who has long been involved in children's charity, has so far focused all her efforts on helping the Ukrainian army. On the first day of the war, she transferred one million hryvnias to the accounts of our military, and now, together with her fund, she is raising funds for ammunition for the Armed Forces and the Chernihiv Territorial Defense Forces. The designer, who is originally from Chernihiv, also donates all the profits from the sale of GUZEMA FINE JEWELRY products to these needs.

The founder of the brand BEZMEZH Anna Mezhuyeva, in turn, focused her efforts on Kyiv and Kyiv region. Together with a group of other volunteers, they covered issues such as the delivery of food to the elderly, delivery of diapers and baby food, and evacuation from Kyiv and the region. They also help Ukrainians who have been forced to leave their homes, for example by taking part in the outfitting of an old dormitory in Khust. Now there live 180 people from different parts of the country - from Mykolaiv to Donetsk.

In turn, the brand IMAGINE helps Ukrainians with the purchase of vital medicines, the delivery of which to Ukraine is currently complicated. For example, the director of the brand Dmytro Glushchak organized a volunteer group to purchase and deliver drugs for the thyroid gland. In Ukrainian pharmacies, they disappeared in the first days of hostilities.

Realizing how difficult it is to fit in one suitcase or even a backpack all life, the Fox Lingerie brand began to help those who didn't have time to take even the most necessary thing - underwear. Since the beginning of the war, underwear kits have been sent to thousands of women, and requests for charitable assistance continue to come. In addition, for every order that customers continue to make, Juliana and her husband Artem send money for the needs of the army, buy walkie-talkies, power banks, and medicines for them and Territorial Defense Forces. Also, thanks to the funds raised, it was possible to purchase and transfer the Jeep Grand Cherokee for the Armed Forces to the Chernihiv region. Fox Lingerie organizes the delivery of humanitarian goods - tens of tons of food, as well as diapers and baby food.

The world of virtual art is experiencing a real boom today, so it can also help Ukraine in the fight against the occupiers. One of the first to bet on this audience was the Ukrainian brand GUDU, which in mid-March presented the project "21 Days of Hope", consisting of 21 sketches. One sketch - one day - one emotion. The creative director of the brand Lasha Mdinaradze created it under fire, and each image, now transformed into an NFT object, became a designer’s reflection on the particular day’s events. "This project is a sincere illustration of what happened to my psychological state these days: from complete confusion in the first hours of the war to a clear belief in our victory," says the designer. All money received from NFT sales will be sent to help Ukrainian children.

The Ukrainian Vogue team also launched a charity NFT project together with Vogue Singapore. It was fueled by six Ukrainian brands - Gunia Project, IENKI IENKI, GUDU, Anna October, Anton Belinskiy, DRESS X. Each of them presented several NFT-objects related to their work and the situation in Ukraine. All the objects can be bought on the large virtual OPENSEA marketplace.

The designer Ivan Frolov who created his first NFT-object called "Ukrainian Heart" also decided to take this opportunity to help his country. This is a collaboration of FROLOV with two Ukrainian artists. The author of the embroidery is Ruslan Panchuk. It is made by hand with the Poltava-style padded satin stitch according to the sketch, inspired by the FROLOV logo - the anatomical heart. The NFT-illustration itself was created by Dmytro Yurin. "The blue-yellow heart symbolizes the courage of all Ukrainians in the struggle for freedom. 100% of the proceeds from the sale of NFT will be transferred to the production of bulletproof vests to protect the brave hearts of our soldiers," said Ivan Frolov.

Despite the difficult situation around logistics and organization of production processes, many brands were able to resume operations and engaged in capsule collections launching. Things with a patriotic connotation are in the greatest demand. Among the most popular they find Siyai knitwear, sneakers THE COAT BY KATYA SILCHENKO, bags The KODE. Ukrainian brands donate part of the money to help the Ukrainian army.

Donating a portion of the proceed of sales

Businesses need to sell to continue to help, provide jobs and pay taxes. Ukrainian brands are gradually starting their work, with part of the profits being transferred to the needs of the Ukrainian army, refugees, or children. Today, almost all Ukrainian brands do this - Anna October, J'Amemme, Lona Prist, Marianna Senchina, Bobkova, and many others.

Designers and brands with a large number of subscribers and especially an international audience are also actively using their voices to tell the whole truth about the actions of the Russian occupiers in Ukraine. One of the most active here is Mary Furtas, the founder of the CULTNAKED brand, whose items are in the wardrobes of Kendall Jenner, Ariana Grande, and others. In her social networks, she talks about all the horrors that the Russian military is doing on our land while at the same time, she transfers funds to the needs of the Armed Forces.

Julia Pelipas, creative director of the brand bettter.us and one of the most famous Ukrainian women in the world of fashion, earnestly uses her media resource as well. With the help of her social networks, she shows all the horrors of the invaders in her hometown of Mariupol, and how they fire on Kharkiv and other cities too. She also launched a platform to support representatives of creative professions from Ukraine. For more information, see the link.

The brand Ruslan Baginskiy is also doing a great job here. His team implemented a major project in which models, actors, and singers from around the world spoke in support of Ukraine. "I have received hundreds of encouragement messages from all over the world, and from day one I wanted to share this support with all Ukrainians, so we did a project with my friends and colleagues, whom I respect and who inspire me," says Ruslan Baginskiy. "There is a video with Sarah Andelman, Cindy Bruno, Jordan Dunn, Soko, Roshin Murphy, Young Emperors, Alexandra Shulman, where I asked them to answer a few questions about Ukraine, Ukrainians, and freedom." It is also important to note that the brand has been actively supporting the Ukrainian army financially since day one. 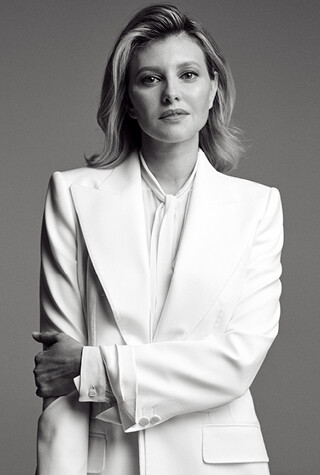 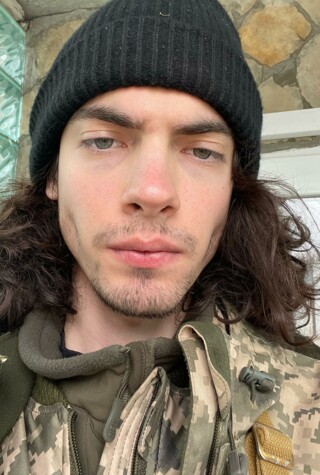 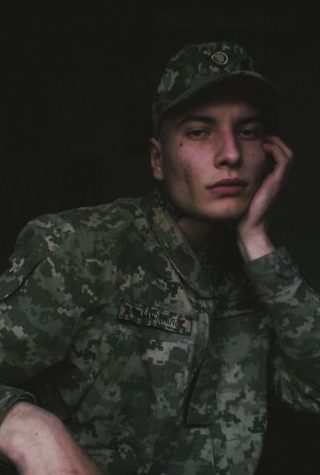 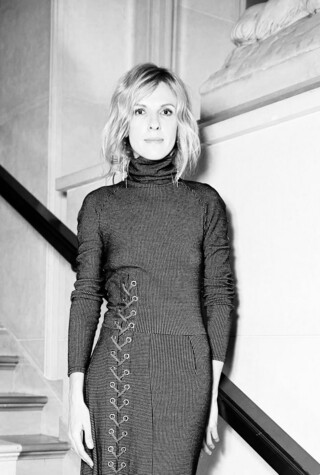 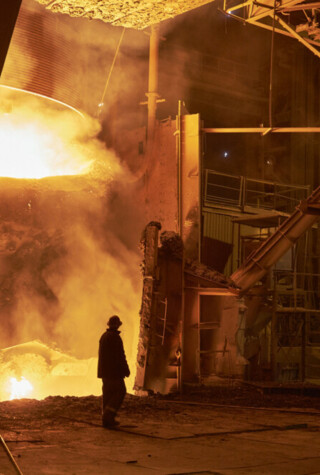 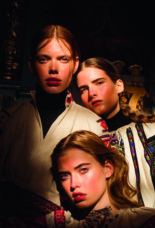 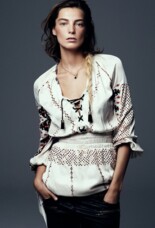 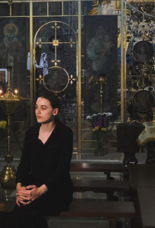 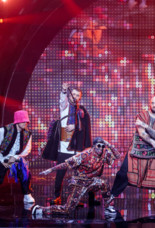 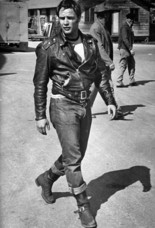 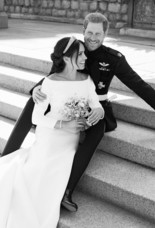 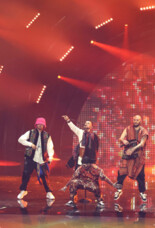 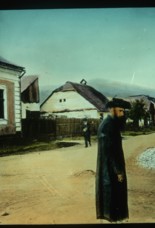 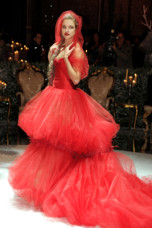